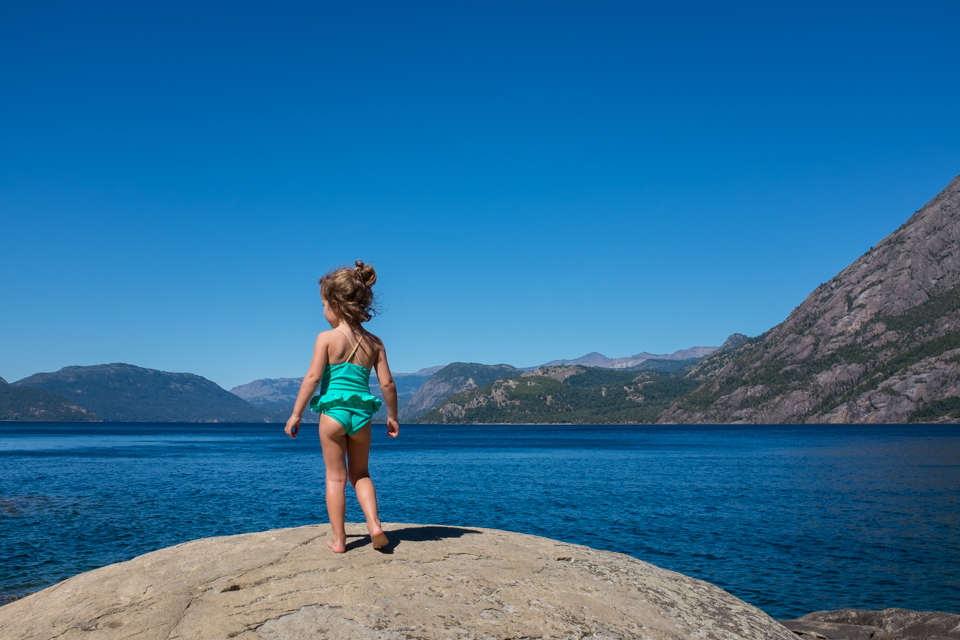 After the hustle and bustle of Buenos Aires it was time to head to Patagonia, one of the least populated places on the planet (seriously, Ez told me that). We made our Lan Airlines flight and disembarked in San Carlos de Bariloche or just Bariloche as us locals call it. We were swapping the 35 degrees of BA for the overnight 7 degrees of Bariloche and surrounds. 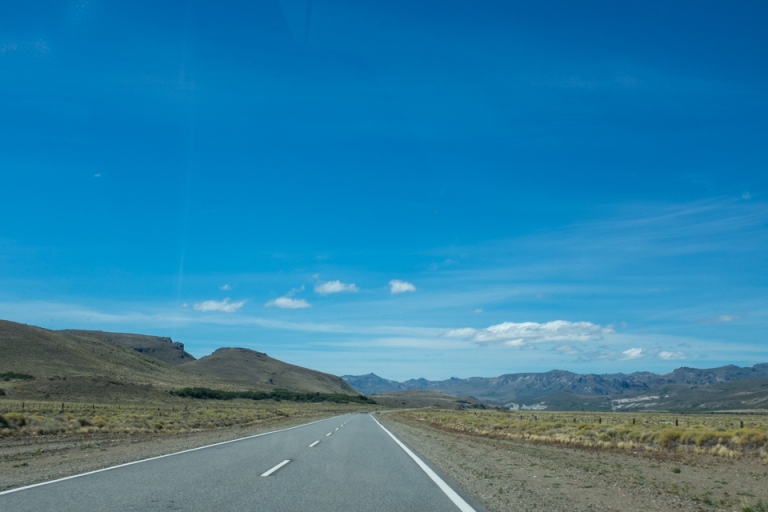 Working in the travel industry we know the tricks of the trade so decided we would be better off waiting until we land to organise a rental car.  A dumber decision hadn’t been made since that guy who isn’t Steve Jobs sold his share in Apple  (yes I can’t remember his name either).  All cars at the airport were sold out except a $250 per day 4WD. We passed and decided we’d just get a cab and head downtown and pick up one there as the airport info desk said there were 49 car rental agencies. 12 agencies and an hour and a half later we had our car – a silver Renault Duster. 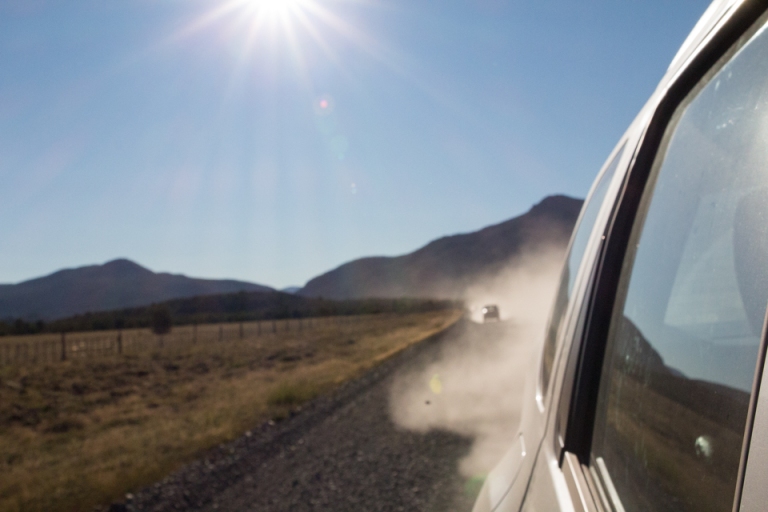 My Spanish is gradually improving (still behind Ez though) and it needed to as the rental car agency spoke zero English.  The conversation got interesting when it turned to discussing the waratah, the state emblem of NSW on my drivers licence. We headed out of Bariloche, with Ez in the navigation seat let’s just say there were more wrong turns than a Wham reunion but we eventually made it to our Airbnb property about 180km away near San Martin de los Andes.

We were staying on Roque and Maria’s property in a little eco cabana, check out Patagonia Eco Cabana. We pulled up and the kids saw the swing set, cubby house, see-saw and were happier than a dog with two…..err umm tails! Roque had built the house, our eco cabana, Parilla (bbq), pizza oven, kids equipment all with his own hands.  I (Ez did most of it) once built a planter box in our backyard so we have a lot in common. They were such hospitable people.

Our Spanish was at about the same level as their English which made our conversations entertaining but enjoyable. One night we shared possibly our best meal of the trip so far. Pizza, everything homemade by Maria, cooked in the afore mentioned oven. Roque and Maria had two children with whom Piper and Evie loved to play. 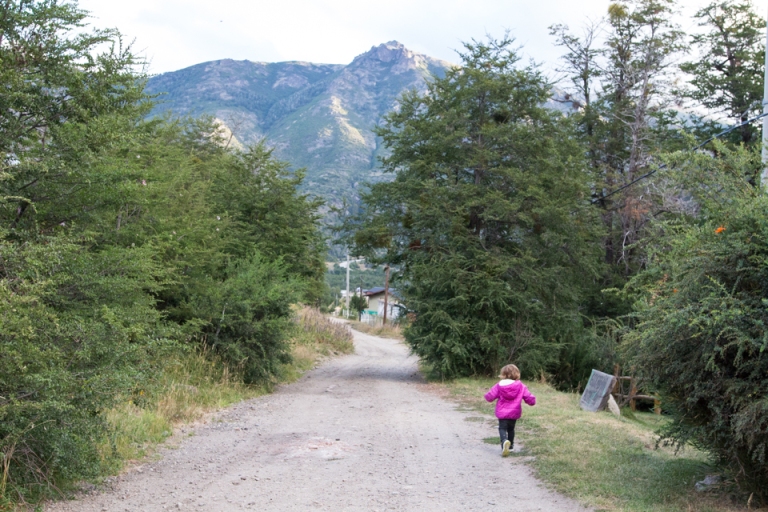 On leaving Piper and I had the following conversation:

Piper – Who will I marry dada?

Piper – Well I don’t know any boys older than me

Me – They don’t have to be older

Piper – But you are older than mummy

Me – It’s ok, they could be older or younger

By day we picnicked by the beautiful lakes and even managed a quick swim.  It was a little sad to leave our hosts and even Evie said “this was the best house ever”. 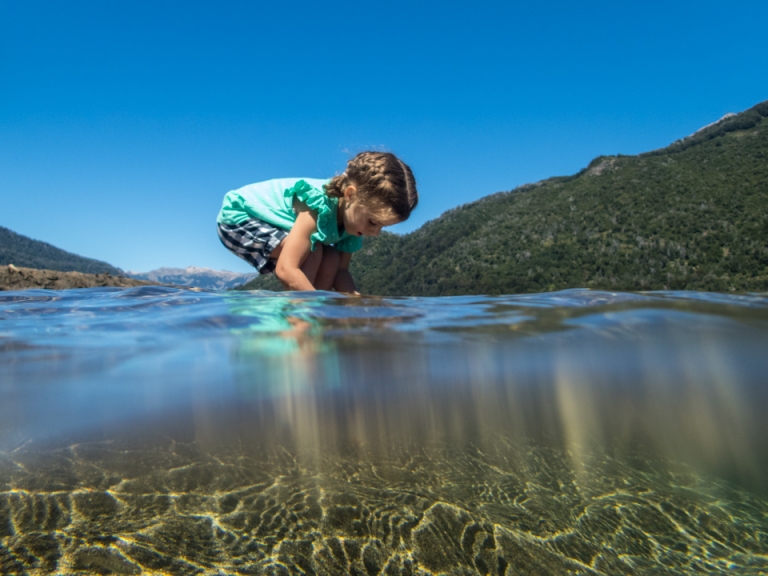 We then headed into Bariloche for our next Airbnb stay, a converted horse stable.  Check out Horse Stable Cottage. On arrival the kids saw the horse and pony with Evie to exclaim “this is the best house ever”.  She can be quite fickle. 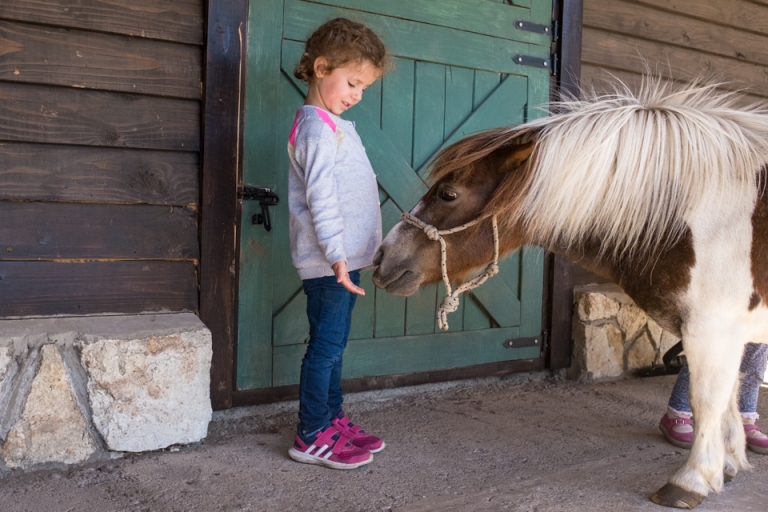 This place was beautiful with the owners living in a house on the property up the hill, spoke perfect English and were some of the warmest people we have met. Ever. Nights were cold but we had a fire and a cosy little cottage.  Previously I would probably say I was more Grylls (Grills)  than Bear but times had to change, collecting firewood, rubbing sticks together to light a fire (the sticks were matches and I actually rubbed them along the side of the matchbox), I had to turn provider to give our family warmth.

We thought this place was heaven until we headed out on the first night.  On our return we were stopped at a police barrier along the dirt road near the property.  They asked where we were staying? We didn’t know the name of the property or the owners name, just a vague idea of the location.  The lovely local constabulary went on to tell us this part is quite dangerous (I was thinking dirt road, no street lights) then she dropped – yes people have guns.  That quickly got our attention. Yes, people steal cattle.  Ok a little more relieved. If anyone came looking for my cattle I would have rolled over quicker than Britney Spears.  By the second night the police smiled at us and just waved us past.

Bariloche and surrounding areas are beautiful.  I’m the first to admit my idea of natural beauty is seeing Lionel Messi run past 3 defenders but this place was pretty cool. We rode on ponies (at least Piper did, Evie was happy just to feed them carrots), bushwalked, drove to El Bolson markets (300 stores, everything handmade).  It was here the girls got face painted and we saw a 5 legged pony (that’s what we told the girls). Seriously, we thought this pony had a 5th leg.  Ez claimed it was the biggest middle leg she had ever seen…I thought it was average looking. For fear of killing the hearts of all the men out there I refused to take a picture . 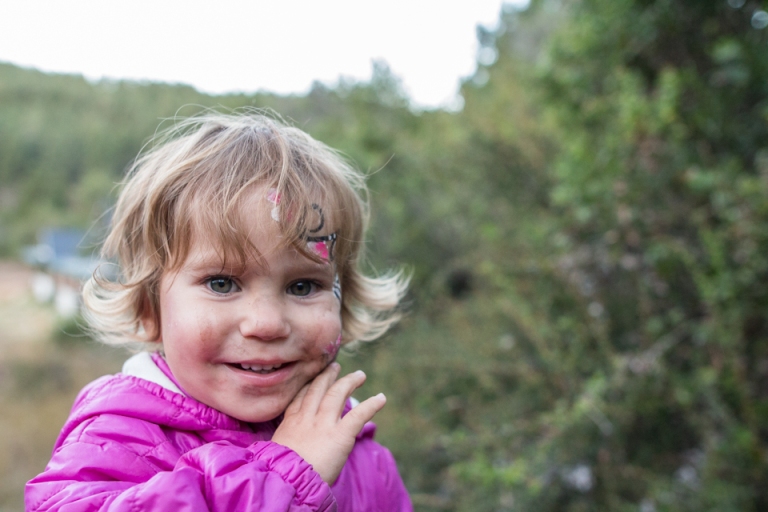 In Bariloche we also had the best steak ever at this quaint little place that our host had given us a tip for, doing it like locals we thought.  We later found out it was #1 on Trip Advisor! Bariloche is also the home of chocolate.  The girls love chocolate so Ez and I ate some too so they felt comfortable. We packed plenty into our time in this part of the world whilst also having some downtime to keep the girls (and us) sane with a sense of normality. 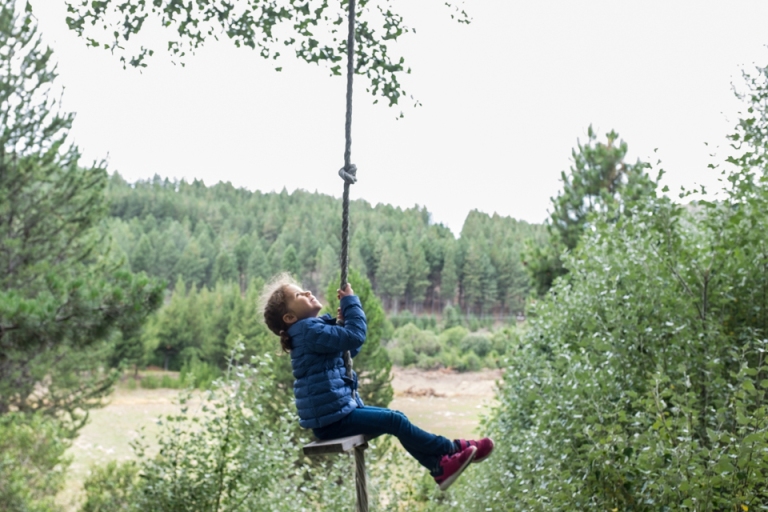 We’ve been away a few weeks now (yes, it does feel longer).  There will be plenty events back home we will miss this year (like the debut of Here Come The Habibs, is it still on?).  Seriously though we were disappointed to miss a family wedding (photos looked awesome Sam + Todd) and a great mates 40th (photos not as great Bosc!) But we will be home at the end of the year to take up where we left off.

The girls Spanish has been coming along well and we had a proud parent moment when in someone’s house the other day Pipey busted out a “una agua por favor” (that’s one water please). Pretty awesome.  On the way home she did ask what’s iPad in Spanish and Evie asked what’s wee wee in Spanish, not as awesome.

Adios Bariloche, it’s time for the next part of the adventure – Salta in the north of Argentina. 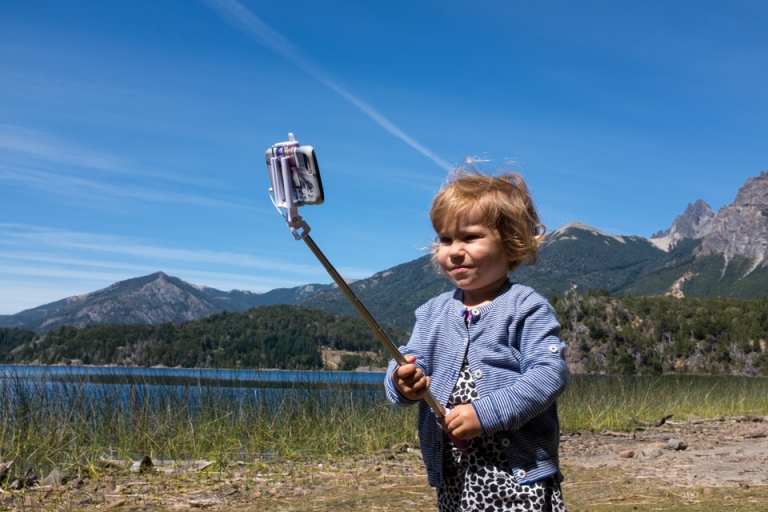