There has been a bit of a delay in posting on our blog, mainly due to one or all of the following factors:

I had been thinking that dad spends a lot of time on his computer so I would see what all the fuss is about and write this post. Dad’s put a few of his own comments in italics (I don’t actually know what that means).
We left our farm house in Provence and thank f** for that.  I couldn’t take another day of doing farm work, collecting eggs, playing with puppies.   Surely that’s someone else’s job, I’m a city girl. Mum and dad thought I liked it but I just did it to keep the peace as Evie was off the hook.

We headed for a place called Nice. Dad tried to get all fancy French and call it Niece or something like that.  If dad’s French, then I’m Dora The Explorer. 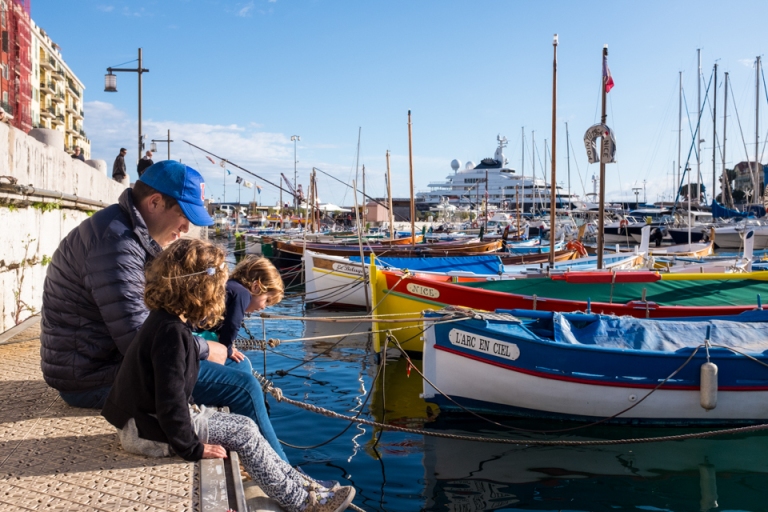 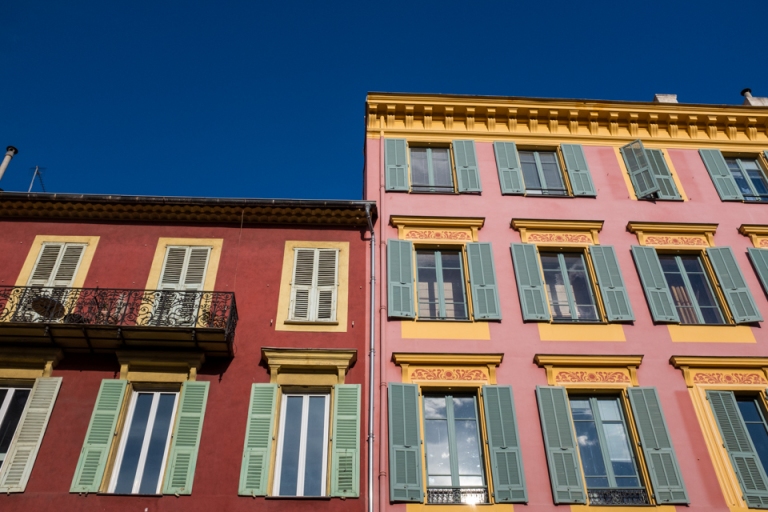 Nice was nice. On the way we checked out Saint Tropez and Cannes.  Whoa…my kind of style. These look like the type of places we could holiday at if dad had a job and was earning some moolah. When we got to Nice we went down to the port to check out the massive luxury boats. Amazing.  I thought this was our home for the next few days and then dad said it was too expensive and we were staying in an apartment.  Why bring us here then? It was like taking us the best ice cream shop in the world only to say we can look but not taste! Let’s just say it went over like a pregnant pole vaulter. Dad said he looked up the boat and it cost 170,000 Euros to rent a week, surely that’s not much?

There was a May Day celebration while we were here (whatever that means), all I know is that mum and dad let me go on the carousel.  They then didn’t let me go on the jumping castle, but I won’t go into that.  There was also a French puppet show.  I didn’t understand a word but it was nice sitting and watching whilst having a break from the other 3 in my family.

Brett & Ez – We checked out the local festival.  Feasted on Nicoise salad (who knew it was from Nice, I think everyone except me), watched some dancing.  The kids were thrilled to go on a ride and then Piper sat enthralled for a while watching a French puppet show, that kid!

We headed to a place called Monaco and had lunch next to Monte Carlo casino.  There were some pretty cool cars there.  Lamborghinis, Ferraris, Porsche, Rolls Royce, Bentley.  While we were standing there Evie said ‘Look another fancy car!’ We all turned around and it was a bright yellow Smart Car.  She can be such a numbnuts sometimes.

From Nice we drove to another country, Italy.  We had lunch at a town called Portofino.  Mum and dad were saying how beautiful it was, Evie and I were saying how boring.  No playgrounds and no other kids to play with. When are they going to get it, simple things and we are happy.  Couldn’t give a flying that the water was a nice colour (and no we weren’t allowed to swim in it) or the buildings were really old (back home dad says this is a bad thing). Playground and kids. Get it through your head. At least we got to eat pasta for lunch.

We headed onto La Spezia, our home for the next few days.  It was here we would stay to check out Chinka Terra (as dad would say) or Cinque Terre as the rest of us would call it. (I sometimes think his elevator doesn’t go all the way to the top floor, if you know what I mean!)  I got the drift that we were staying in this town as mum and dad were too tight to actually stay in one of the 5 towns.

Brett & Ez – We were staying in this town as we were too tight to actually stay in one of the 5 towns. 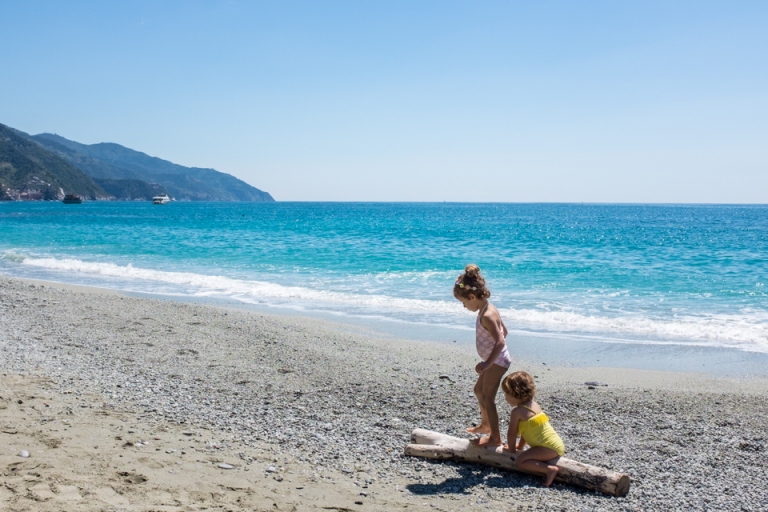 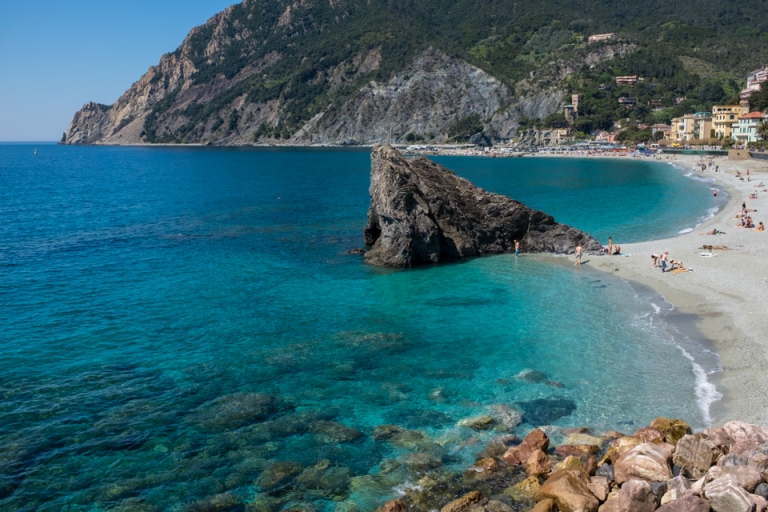 For the next few days we checked out the towns of Cinque Terre.  I think we made it to 4 out if the 5. We caught the train each day and even got the ferry back one day.  We got to play at the beach and eat lots of yummy food. There were actually some pretty cool coloured buildings and more importantly at least 2 of the towns had killer kids’ playgrounds.  One thing mum and dad need to fix is timing.  We walk through these towns for hours and then when we come across a playground it’s all ‘Right you’ve got 15 minutes or we’ll miss the train’. I’ve got an idea.  Skip the boring crap and come straight to the playground. Jackpot, problem solved.  One of the playgrounds even had a little girl for me to play with.  She spoke English but talked a bit funny.  Just kept on saying 33 1/3 and to be sure, to be sure. Mum, the athletic one walked between 2 of the towns one day, up 500 steps with a bunch of other tourists. She said it was great but very busy, hate to do it in summer. 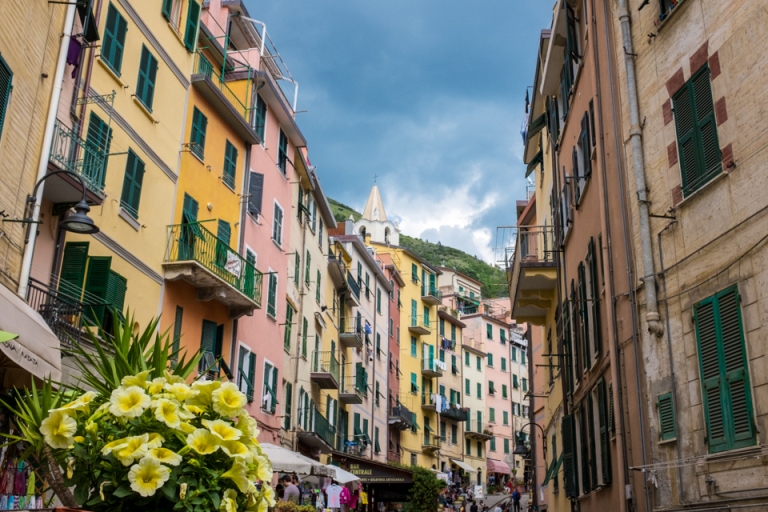 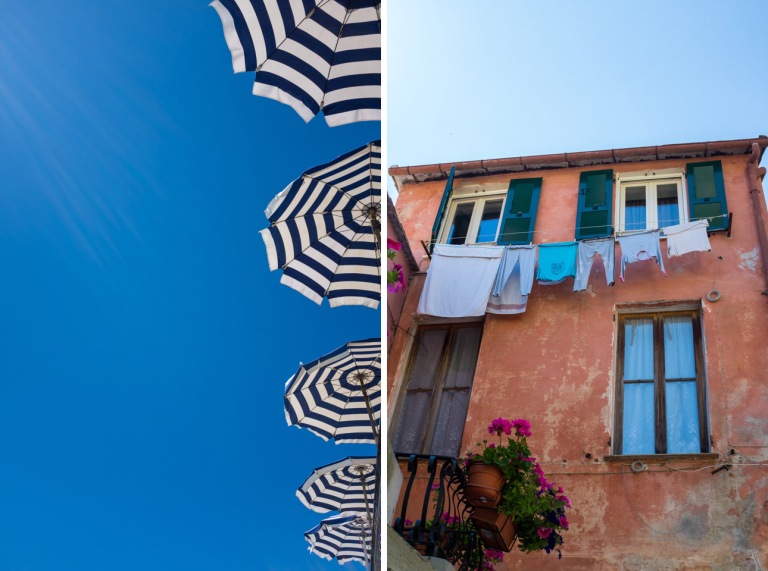 Brett & Ez – Cinque Terre was great, the kids loved the train and ferry each day. We hit the beach for the first time in a while as well as sampled plenty of Gelato.  Piper transitioned pretty well form Merci to Grazie while Evie even cottoned on to requesting Una Aqua por favore (a Spanish/Italian cross). Hiking is popular in Cinque Terre, but after a big flood and landslide in 2011 some of the easier kid-friendly hiking tracks closed, so unfortunately we all couldn’t do it.  Ez won a paper, scissors, rock competition to see who would go for a hike kid free.  Actually, I made that last part up. As I may have alluded to in the past, a 2-hour walk isn’t my idea of a holiday, so I thought I’d stay to educate our children.

The food is good in Italy. Give me some spaghetti bolognaise, gnocchi pesto and a basket of bread and I’ll be as happy as Peppa in shit.  Follow that up with a Limone Gelato and you can stick a fork in me, I’m done. I also quite fancy a pizza now and then.  I wonder how you say Pizza in Italian?

Brett & Ez – We agree with Pipes on this one.  The food so far has been fantastic. Good, cheap pizza. Beautiful pestos.  We even enjoyed the food in Nice (It had a bit of an Italian influence), we liked the local speciality, Socca, sort of like a chickpea pancake. Chickpea pancake, never thought I’d utter those words in my life. In Cinque Terre we ate delicious foccacias, paper cones full of fried seafood and compared the gelato in each town.

We left La Spezia and headed for Tuscany hoping that there would be plenty more playgrounds, gelatos and kids to play with.

For more photos from the Riviera, check out Erica’s gallery for Nice and Cinque Terre

One thought on “A ‘Nice’ time in Cinque Terre (by Piper)”