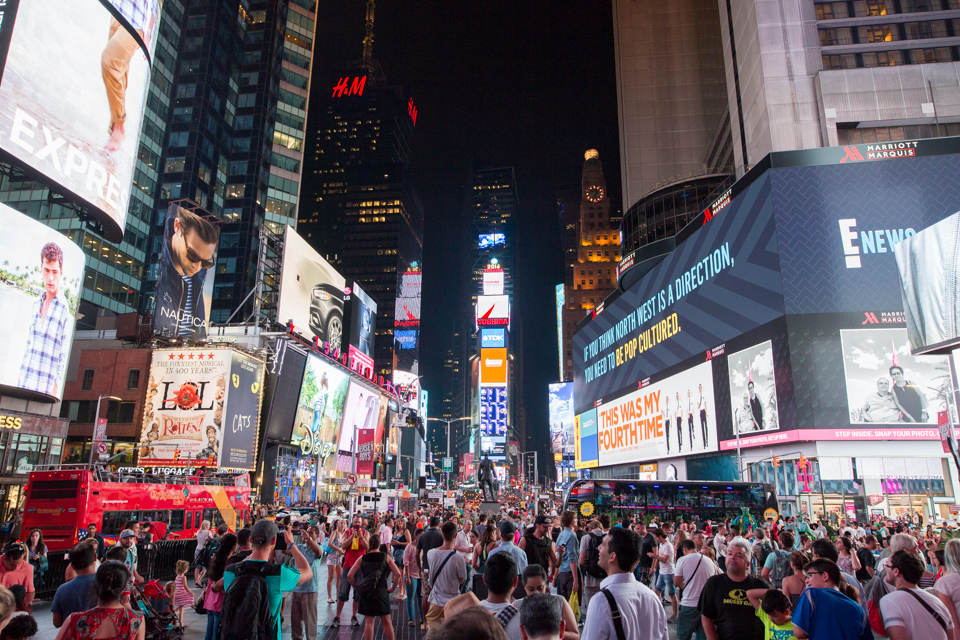 With South America and Europe done and dusted it was time for the 3rd and final leg on our trip, USA and Central America.  Everyone was excited, we had NYC as our first stop and we were meeting up with Nanny and Poppy (my parents) for the first time in 7 months. We had 15 nights of NYC to look forward to.

I had heard that NYC was not the place to visit with kids (especially a 2 and a 5-year-old) but if you ask our kids they certainly loved it. We walked more than an Ethiopian postman but everyone survived.  I’d often blame the kids or the parents when I needed a break.  “Ez, we might need a break now as I’m sure the kids, mum and dad are getting buggered”. It is probably the only city on our trip so far that we have said we can’t wait to come back without the kids to make the most of the after dark activities. That being said we still did get out after dark a bit (thanks to Nanny and Poppy for babysitting).

After listening to the Alicia Keys song where she sings “New York, there’s nothing you can’t do” Piper once asked “Can you go to the toilet in the street?”. I’m glad to say she didn’t (can’t be sure about Ez though) but I reckon plenty of others do. In some ways it’s a pretty dirty city, rubbish all over the street and the subway with a high degree of urination.  Once you see past that it’s amazing.  I spent most of our time trying to figure out what movie a certain street or restaurant was from. I was pretty bad at it.  I was confident I nailed  Ferris Bueller’s Day Off at one stage before Ez smugly informed me that it was filmed in Chicago. We also tried our hand at a little at celebrity spotting but I came up with donuts! Except the day we were at the Top of The Rock, when US Open champ Stan Wawrinka and the girl Kokkinakis banged (thanks N. Kyrgios) popped up with his  trophy for a quick photo.

Here are my top 10 tips for visiting New York with kids under 6. (Now, when I say top 10 tips, it’s pretty much just what we did!)

2. The hop on hop off bus. Yes, that old chestnut. Sitting on the top deck cruising the city is always a kid’s favourite. Some cities you go miles without any commentary needed, this one the bloke talked more than the Gossip Girls sucking helium as there were that many sites to take in. 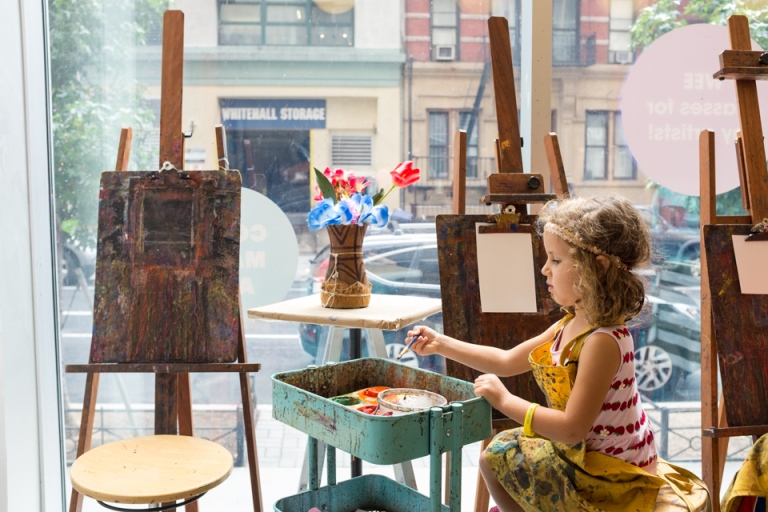 5. Think about splitting some key attractions to get the most out of it. i.e. one person goes first and then swaps with the other to visit it kid free. We don’t do this often but regret not doing it for the 9/11 museum.  You could easily spend hours in here but we probably hurried a little too much as they were over it.

6. Central Park. You could go here 10 times to see 10 great parts.  Plenty of kids’ playgrounds, wide open spaces for picnics, row boats and dad even got to buy a John Lennon badge from Strawberry Fields. I was very disappointed when I found out the ‘Friends’ Central Perk cafe was not real.

7. Let’s go Yankees. We got $5 tickets in the bleachers on my birthday and the kids were hooked.  $5 tickets were great but it turned out a little more expensive with 4 Yankees cap, hot dogs, beers, giant blue hands  (and that was just what I bought). One highlight was when mum proudly declared the Yankees had hit a 6 (that’s a cricket term for anyone that doesn’t know). Sporadically now, Evie belts out a “let’s go Yankees”. Piper also got pretty excited when the big screen had someone wearing her new Yankees hat.  “Look, my hat is famous!”

8. Don’t worry, you can still see all the major sites with kids with ease. Times Square (I was disappointed when Ez told me that I was not going to see the ball drop), the Statue of Liberty, High Line, Top of The Rock, Harlem gospel church service,Grand Central Station, walk the Brooklyn Bridge, Chelsea Markets,  we saw them all.  More sights than an Amsterdam electrician.  Just remember you can’t quite pack in as much as you usually would with two kids in tow. 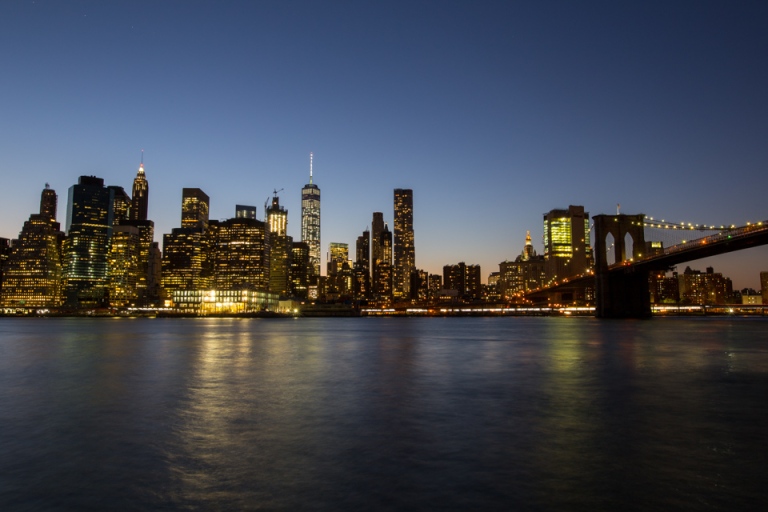 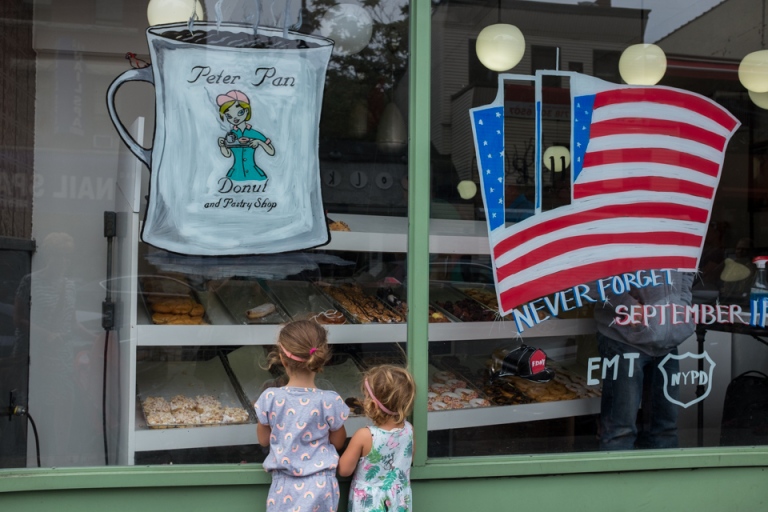 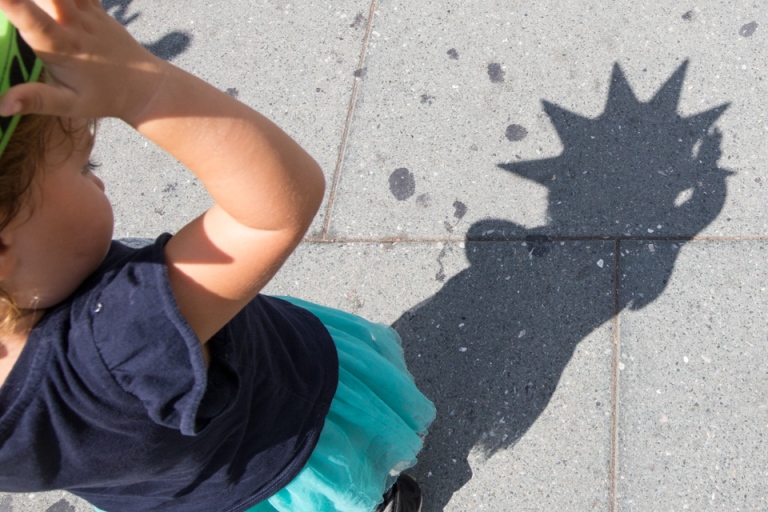 10. Forget the budget. We’ve worked on a bit of a sightseeing, transport and food budget as we’ve travelled the world so far. For NYC we made a pact to forget the budget for 2 weeks and do whatever we wanted.  We still weren’t fine dining but enjoyed our 2 weeks with no restrictions. We may have overdone it, looks like the kids will be back on bread and water for the next few weeks (*please note I only said kids). 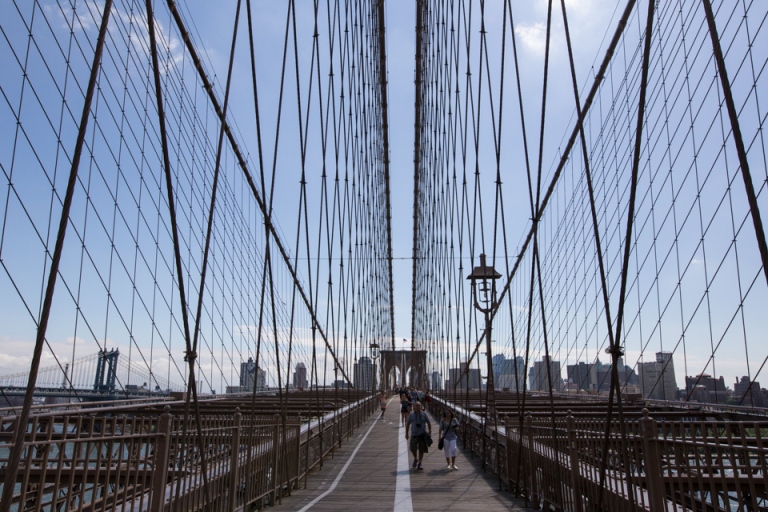 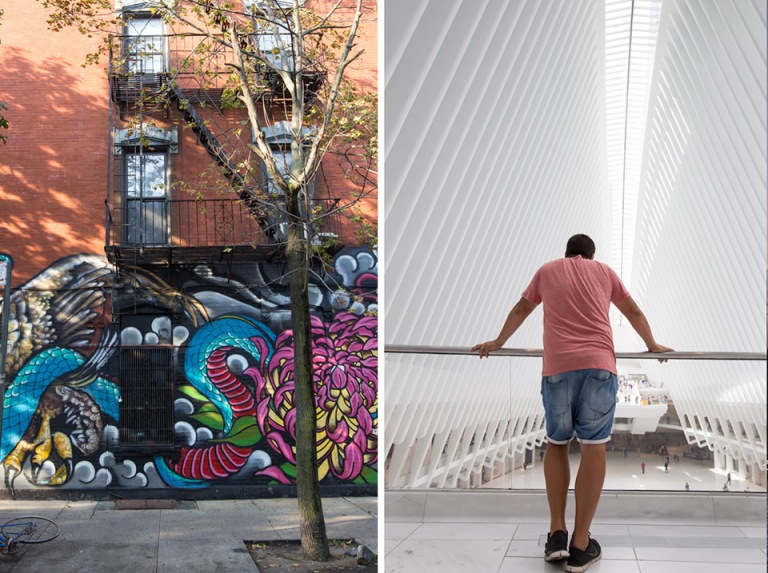 A couple great Piperisms when we were in NYC.

After Poppy rolled a gutter ball during ten pin, Piper went over and very solemnly gave him a pat on the back and said “Don’t worry Poppy, you’ll have another turn.”

We need a little bit of downtime after leaving NYC as we packed plenty into our 2 weeks. It was a fantastic time, made even better by sharing it with mum and dad. Was also good to catch up with an old workmate (LK) and an old uni mate (Mr Sport).   What better place for downtime than our next stop, Las Vegas.  Ok, the downtime may have to wait until our road trip starts from Salt Lake City but more about that next time.

2 thoughts on “We Spread The News in New York”